I feel everyone needs a creative outlet.

For me,  it is creating magic with hair, fantasy and photography.  I had the pleasure of working with one of my best friends in the creative industry.  Michael and I have been working together for many many years.  The passion that we both feel for our work is a force to be reckoned with.  We create an art that sometimes only we get and sometimes I feel we can blow the world away.

This day was all about wiggery.  Yes I said wiggery.  It is the art of creating a look using fake hair.  All of the hair used in these photos are fake, wigs I made. Meg has a ton of hair!!  It would take me all day to get these looks with her hair and using wiggery it only took me 5 min.

I love getting to play and be creative.  But sometimes I get nervous…..  What if the hair doesn’t do what I have in mind.  (which happened)  You roll with it.  Sometimes you end up creating something even more amazing.

I was able to learn how lighting in a studio can make all the difference in the world.  Michael, you have been a fantastic teacher.  I thank you for teaching me your craft Michael.

I always say EDUCATION IS KEY.  This goes for every job, hobby, art and all around creativity.  Your industry will pass you by if you don’t keep up with what is going on.  You always have to answer the all mighty question of “Whats New?”

So how do you always know “Whats New”?

To do this you must tirelessly attend hours of class demos or even better yet get hands on education.  Being creative and passionate is a fire that burns inside of you.  The desire to be the best you can be ignites ambitions you never knew could live inside you.

March 4th and 5th 2016 I had the privilege of being asked by Louise Ungerman to come to an educational event that she had put together for photographers from all over the United States.   She needed me to do hair for her models and maybe help out with a few other models.  She brought in John Pyle.  He is a nationally recognized, published, award winning photographer and national speaker.  He is one of the most sought after senior and teen portrait photographers in the industry by creating personalized sessions for each of his clients.

It is amazing working with like minded people.  John came to this event with an energy and enthusiasm that drew you in.  I would listen to what he had to say to the group of photographers and I really could appreciate how much you could see his passion come through.  He was knowledgeable and took the time to not only tell them how something may work better but he showed them.  This is where I feel hands on experience is the best way to learn.  For me at least …

Everyone who knows me, knows that I love to educate and be educated.  To watch another art be taught with such keenness just captivated me.  I think photograph may be my new hobby!!  He sure did inspire me to want to check it out! 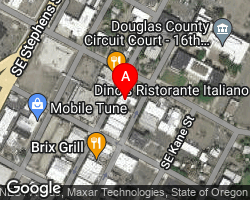